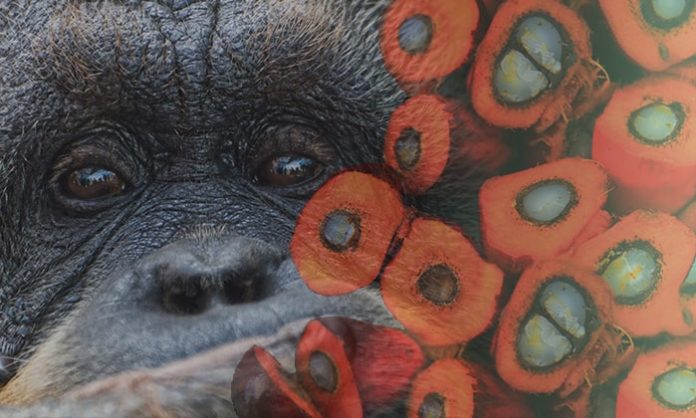 While palm oil may not be the staple item on your grocery list it is certainly used to make a lot of products on that list.  From shampoo to cookies, palm oil is used in a variety of products and its versatility is what makes it such valuable ingredient.

Palm oil should be avoided as it has led to the destruction of rainforests, contributes to the climate change crisis and, endangers the existence of native animals.

What is Palm Oil?

You may be thinking, what is palm oil?  Is it just another one of those fad ingredients that popped up out of nowhere like quinoa or sriracha?  While the words palm oil may be new to your lips this product has been used and cultivated for thousands of years.

This plant-based ingredient comes from the fruits of the oil palm, a large tree that originates in Africa.  However, its roots now extend as far as Malaysia and Indonesia where it is grown and harvested significantly.  The reddish fruit it bears is produced in bunches and contains large amounts of oil making it very viable.

What is Palm Oil Used For?

Palm oil has a wide variety of uses from food and everyday items to even being used to create biofuel. The World Wildlife Foundation has noted that palm oil is not always listed just so and can be labeled under “vegetable oil”, “vegetable fat”, or even “Elaeis Guineensis” among many others.  When taking a closer look into these products the WWF found that palm oil was used in items such as lipsticks, chocolate and, ice cream as its properties allowed for a smoother or shiner texture. As with soaps and detergent it can be refined and used as an excellent cleaning component. What also makes palm oil useful is its ability to remain a solid at room temperature.

The oil palms are grown in large plantations and take several years to mature to the point where it will start to bear fruit.  Once the fruit has been produced and is ready to be harvested, workers will dig in between the branches of the tree to knock out the bunches.  After being gathered, the fruits are then transported to be processed.

According to Kathrine Martinko, a writer for treehugger.com who visited a palm oil plantation, the first step to this is steaming the fruit to soften them as they are very tough.  Once softened the fruits are much more workable and produce an oily substance. Softening the fruit also allows for the seeds to be easily extracted which go on to produce palm kernel oil.  The fruit is then cold-pressed and produces a red crude oil which is used mostly as a cooking oil or blended in with other cooking ingredients. This oil is also refined into a “white” oil through bleaching and deodorizing.  The white palm oil has more widespread use in processed foods.

Why Palm Oil is Bad

So far everything about palm oil seems pretty alright, right?  It’s a plant and its used for foods, soaps, and makeup. What’s not to love?  Rainforest destruction, endangerment to native species of animal as well as, climate change just to name a few.

With such an increasing high demand for palm oil, rainforests are destroyed to make way for more plantations to grow the oil palm as well as to expand existing plantations to allow for more crop yield.  This only adds to the horrific amount of rainforest that is destroyed by the dairy farming industry. Malaysia, Indonesia and other southeast Asian countries that grow this crop are also home to precious and delicate ecosystems where some flora and fauna can be found nowhere else on earth. Green Palm, an organization focused on producing palm oil sustainability, has calculated that worldwide there is about fifty-thousand miles of palm oil plantations with much of that land being in Malaysia and Indonesia.

2) Endangerment of Animals from Palm Oil

Orangutans are one of the species most damaged by palm oil production due to loss of habitat. Green Palm has stated that “in 1990 there were around 315,000 orangutans. Today it’s estimated that fewer than 50,000 exist in the wild, split into small groups with little chance of long-term survival”.  Many orangutans must be relocated due to loss of habitat, as well as many young orangutans being left orphaned or separated from their mothers which then must be raised in conservation centers before being able to be released back into the wild.

Not only are rainforests a hub of biodiversity but they also play a large role in the creation of oxygen by taking in large amounts of CO2, a large contributing factor to global warming.  When these forests are destroyed, we all take a loss in fighting climate change. Not to mention that the once rich landscape then gets riddled with pesticides and fertilizers that can wash away into the natural waterways (Green Palm).

One way to halt these issues is to just avoid palm oil all together and find or use better alternatives.  However, this may not be so practical as there are so many products that use and contain palm oil. The best thing to do is to shop smarter, not harder.  When shopping for food or other everyday products be aware and read ingredient labels. If you’re vegan, you’re likely pretty used to this by now anyways. Keep in mind the names that palm oil also goes by when placed into products.

Many products use palm oil that has been grown and harvested sustainably and are recognized by organizations for this practice by having a sustainability emblem placed on its package.  By buying items produced with sustainable palm oil it sends a message to the corporations and plantations that this is the method they must choose if they want to continue selling their product.  Consumers do have a choice and can make a change. Saving rainforests, endangered animals, and fighting climate change can be as easy as just making a better, eco-friendly purchase. 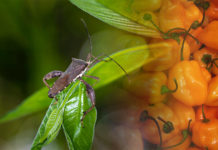 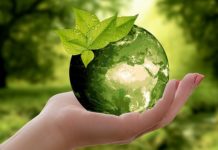 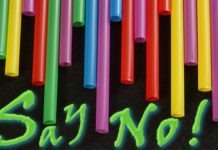